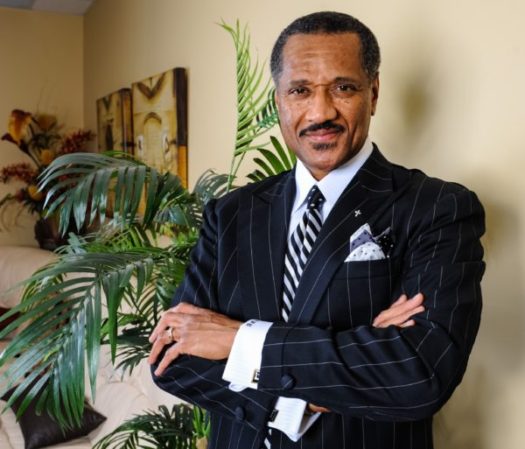 On November 14, 1941, the Galilee Missionary Baptist Church came into being under the leadership of Rev. James Moore who began a mission with the following members: Edith Moore, Will Bosket, and Rev. G. W. Sims.

Rev. and Sis. Moore paid the down payment on the church at 14209 Goddard and Bro. Willie Ben Sanford built the baptismal pool and laid brick around the outside as a gift. Rev. Spann also gave the church their first piano. After suffering ill health and the church paid its indebtedness to Rev. Moore, he turned the property over to the church – and Rev. R. W. Williams was called to serve during the pastor’s illness. Deacon Will Bosket was Chairman of the Deacons Ministry, Deacon Robert Burns was Church Treasurer, Sis. Joyce Williams was Church Secretary, and Bro. Arthur Boyd was Sunday School Superintendent. After Deacon Bosket’s death, Deacon Lymas Vickers became the Chairman of the Deacons. Deacon Vickers served faithfully and was laid to rest from labor on July 9, 1993.

On May 5, 1946, the church formally called Rev. Williams as pastor. Under the pastorage of Rev. Williams, the church progressed, the membership increased, seven new auxiliaries were established, and ground breaking ceremonies for the new building at 14201 Arlington was observed. However, Rev. Williams did not see its completion. On Sunday December 14, 1958, while delivering a special message to the young people, telling them that Jesus said, “Take my yoke upon you, and learn of me, for I am meek and lowly in heart, and you shall find rest unto your souls”; he left us to be with the Lord. The steadfast Rev. Williams left behind his widow, Sis. Icybell Williams-Crawford and a rich legacy.

Being without a pastor, the Deacons, Ministers, and church body asked the Rev. J. B. Brantley to carry on until they could call a pastor. On December 10, 1960, Rev. Brantley was called to serve as pastor of the Galilee Missionary Baptist Church. Under Rev. Brantley’s administration, the modern building was completed, the auditorium was furnished, audio equipment and an organ was installed. Deacon Toby Burks served as contractor of the new church, although most of the foundation work was done through volunteer labor spearheaded by Deacon Fred Williams. The membership progressed rapidly under Rev. Brantley’s humble leadership. Fourteen active auxiliaries were established, land was purchased, and plans were developed to build an educational building. The cornerstone was laid in 1961.

Galilee Missionary Baptist Church was host to the 68th Annual Session of the National Baptist Sunday School and Baptist Training Union in 1972. Five ministers were called to preach under the leadership of Rev. Brantley: Rev. Jerry Cook; Rev. Robert Davis; Rev. Larry Donald; Rev. Richard McGarrity and Rev. Curtis Miller. The Lord called Rev. Brantley home to rest on February 24, 1984. Rev. Miller was asked to serve as acting pastor until a pastor could be found.

On March 31, 1985, Rev. Tellis J. Chapman of Pascagoula, Mississippi, was called to the pastorate of the church. Rev. Chapman was installed on Sunday May 12, 1985. Under Pastor Chapman’s leadership, the membership outgrew the building at 14201 Arlington. A building fund was established to purchase land to build a new church. Rev. Chapman envisioned a church that would include classrooms, a daycare, and a senior citizen building and a church program that would provide for future growth. The vision came to fruition on December 1, 1997 with the purchase of the property located at 5251 East Outer Drive – which included seven acres of land and a building that provided seating capacity for one thousand, with facilities to accommodate all of the church’s ministries. The new edifice was inaugurated on Sunday May 31, 1998.

In November 2004, the church acquired adjacent property; a new building located at 11111 Lappin Street, to accommodate the church’s growth and its ministries. The new edifice was unveiled October 2007. Pastor Chapman is spiritually and courageously leading the church onward and upward as the Holy Spirit continues to guide and direct him.